Haifa, 28 July 2016, by Remco Timmermans - Planetary exploration is an important topic of the ISU core lectures and workshops at the beginning of the summer program. The best way to learn about a topic is to experience it, so every year about 25 participants take the challenge and some long hours to build planetary exploration rovers. In the timespan of two or three days they design, build, test and rebuild a small rover that complies to basic interplanetary research criteria. It needs an obstacle avoidance system, a way to keep it within a certain research area and - most importantly - a system to collect samples. If time permits, the ability for the robot rover to play music may be added, which may not be useful for scientific purposes, but certainly increases the entertainment value for the audience.

These are the main ingredients for the ISU Space Studies Program Robotics Competition. Once the robot has been constructed, out of the world's favorite building blocks, it enters a competition with the other teams. All other participants, plus the general public, are invited to this special event, which is broadcasted live via the internet. 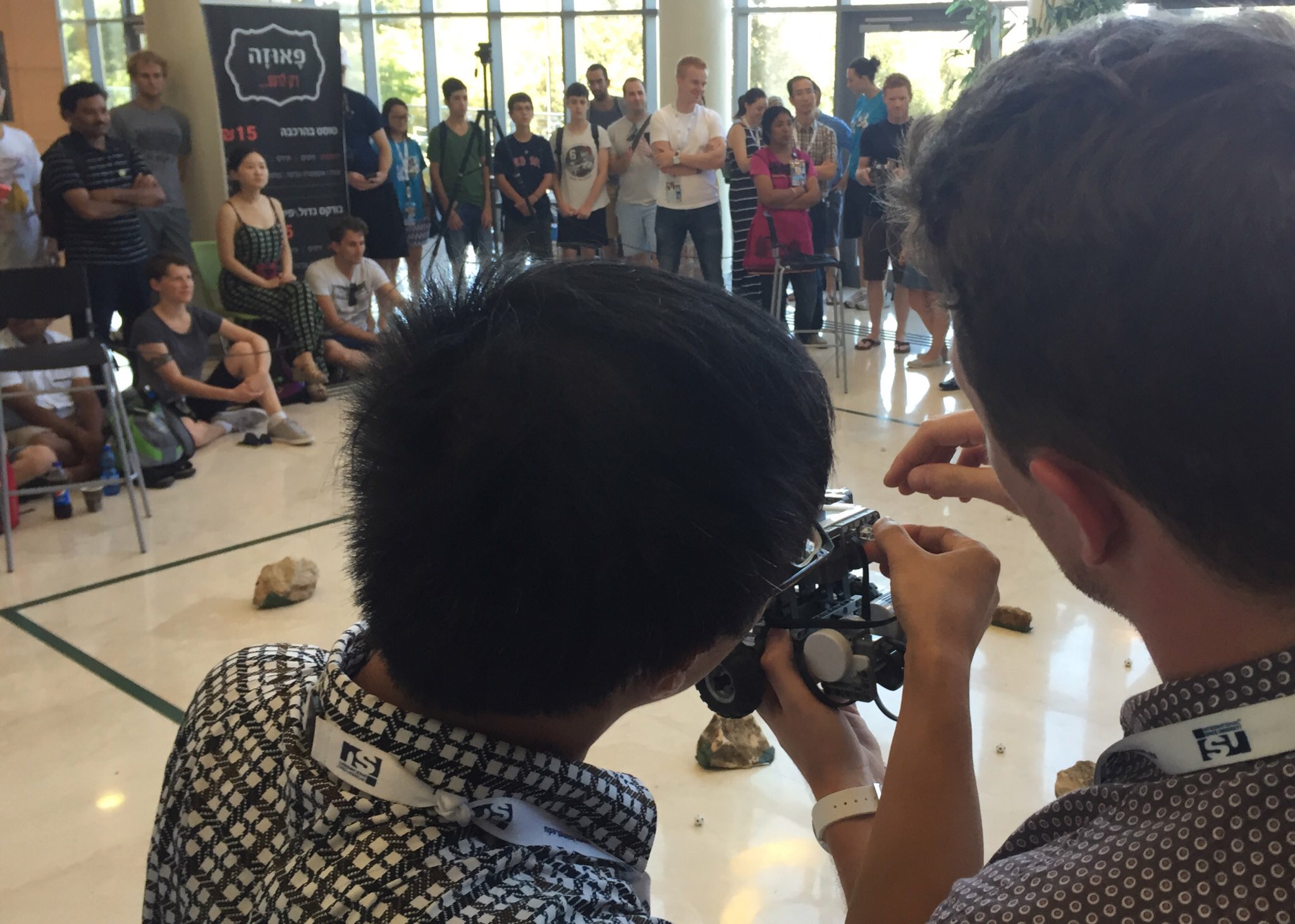 The competition takes place in a large rectangular "planetary surface", littered with random rocks and collectible football-like wax balls. The rover should collect the wax balls, while avoiding collisions with the rocks and staying within the research area during a fixed amount of time. All these maneuvers bring points, counted by "mission control" judges, who monitor the activities from the sideline. 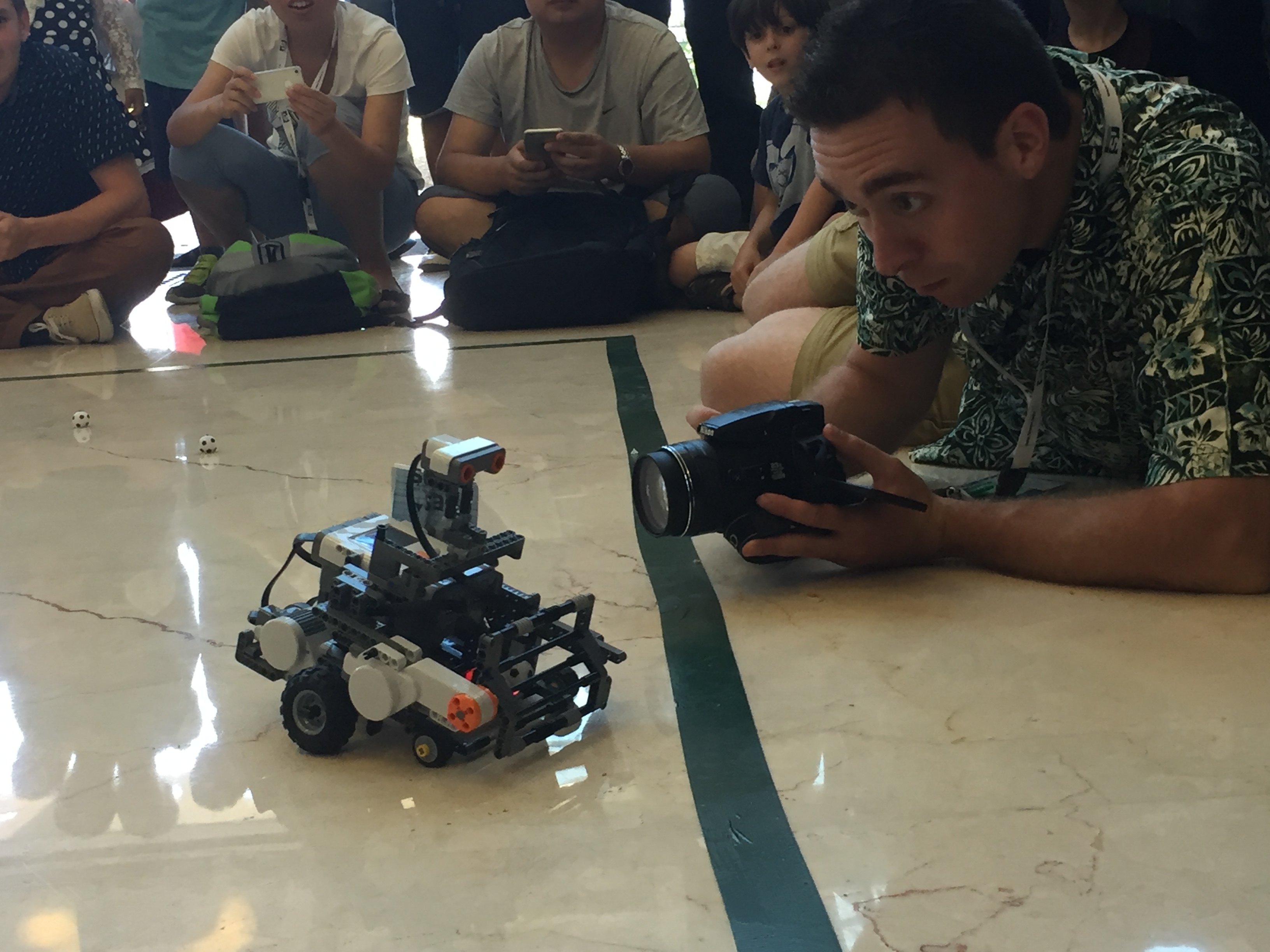 Each team gets two timeslots of five minutes each, in which as many balls as possible are to be collected and as many collision avoiance maneuvers should be made. Of course several rovers fail to collect balls or run into the obstacles. Staying within bounds is also not always successful. Failure is key to learning though, so we are learning a lot! The many children in the audience are totally enjoying themselves watching the Lego creatures run into the rocks and pass the balls within millimeters without collecting them. 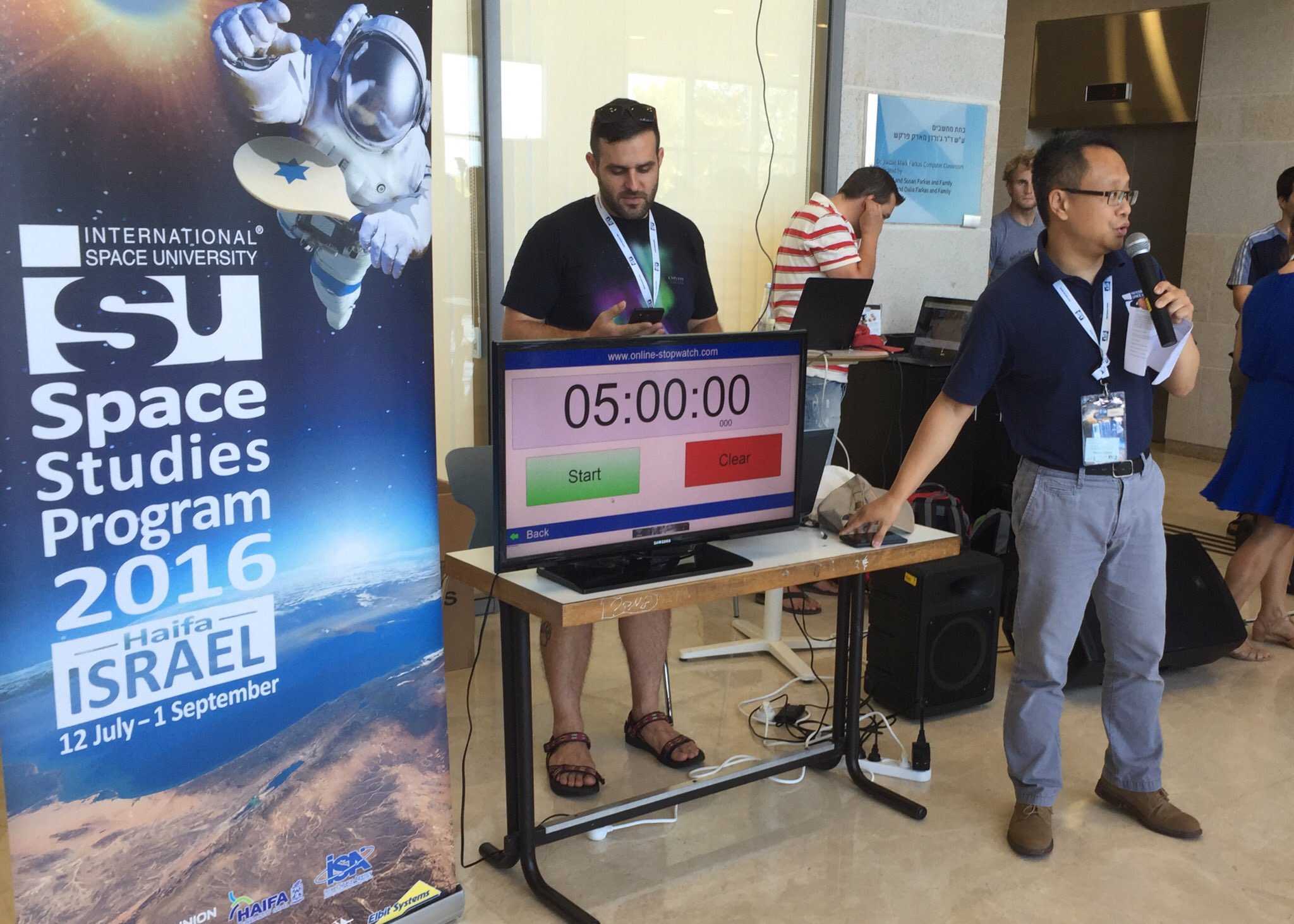 Master of ceremony is ISU Lecturer Eric Choi, who reports on the robots' performance like a true sports correspondent, professionally supported by the live commentary of John Connolly. 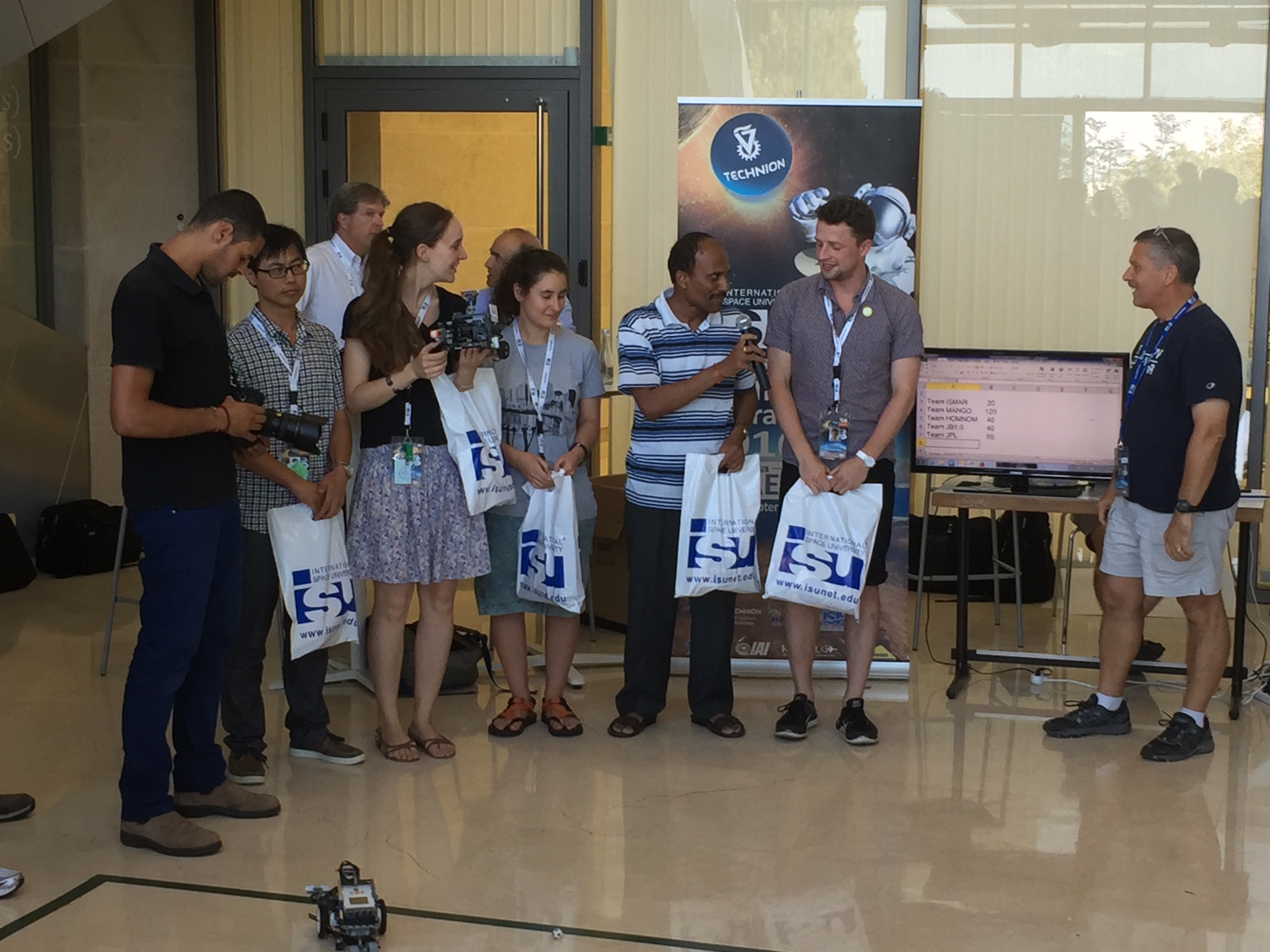 The winning team presents its robot to the audience, after being handed an ISU goodie bag as the big prize! Congratulations team!