Space shuttle Columbia’s STS-107 mission was a milestone for space life science, but the mission’s vast accomplishments were overshadowed by the mission’s tragic end on 1st August 2003. Embedded within this mission are many human stories - not only of the crew, but of the thousands of people on Earth whom the mission touched. This event also had a strong impact in Israel as the first Israeli astronaut, Ilan Ramon, lost his life in this tragic accident.
SSP16, in Haifa, Israel, was therefore a very appropriate venue to highlight the human side of this tragic event. An exceptional panel was brought together in Technion with panelists who were closely involved in this tragedy.
Rona Ramon and Jon Clark shared the most personal connection to the mission, their spouses, Israeli Air Force officer Ilan Ramon and NASA astronaut Laurel Clark, were two of the crewmembers lost on the flight.
ISU faculty Doug Hamilton was a flight surgeon who worked with the crew and participated in their recovery, and John Connolly led one of the many teams who searched 3000 square kilometers of east Texas to recover the remains of shuttle itself. 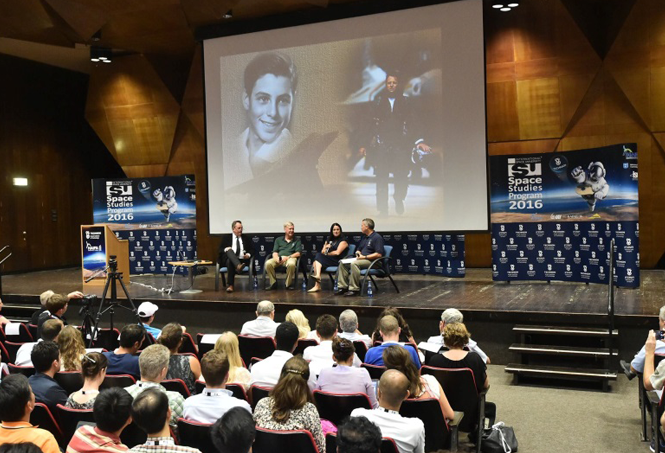 It was also an occasion to for the large group of Indian participants present to remember Dr. Kalpana Chawla, the Indian astronaut who died in the same accident.
The personal stories and comments of the panelists were evidently very touching for the SSP16 participants and many guests, but in the first place, they were a strong reminder about the fact that the conquest of space is also a part of the history of humanity, with human courageous pioneers of all nations closely involved.

The SSP16 and many guests in Technion were honored to have an emotional evening listening to the human stories related to the STS-107 Space Shuttle Columbia mission , told by four people that have a very personal relation to mission and crew.